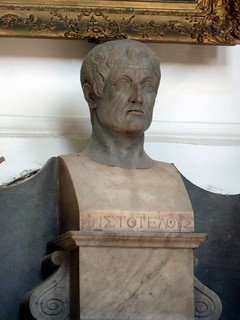 A new translation of Aristotle’s classic “On trolling” by Rachel Barney! (Open Access)

That trolling is a shameful thing, and that no one of sense would accept to be called ‘troll’, all are agreed; but what trolling is, and how many its species are, and whether there is an excellence of the troll, is unclear. And indeed trolling is said in many ways; for some call ‘troll’ anyone who is abusive on the internet, but this is only the disagreeable person, or in newspaper comments the angry old man. And the one who disagrees loudly on the blog on each occasion is a lover of controversy, or an attention-seeker. And none of these is the troll, or perhaps some are of a mixed type; for there is no art in what they do. (Whether it is possible to troll one’s own blog is unclear; for the one who poses divisive questions seems only to seek controversy, and to do so openly; and this is not trolling but rather a kind of clickbait.)

Aristotle’s definition is quite useful:

The troll in the proper sense is one who speaks to a community and as being part of the community; only he is not part of it, but opposed. And the community has some good in common, and this the troll must know, and what things promote and destroy it: for he seeks to destroy.

He then goes on analysing the knowledge requirements of trolling, the techniques, the types or motivations of trolls, the difference between a gadfly like Socrates and a troll, and what communities are vulnerable to trolls. All in a mere two pages.

(If only the medieval copyists had saved his other writings on the Athenian Internet! But the crash and split of Alexander the Great’s social media empire destroyed many of them before that era.)

The text reminds me of another must-read classic, Harry Frankfurt’s “On Bullshit”. There Frankfurt analyses the nature of bullshitting. His point is that normal deception cares about the truth: it aims to keep someone from learning it. But somebody producing bullshit does not care about the truth or falsity of the statements made, merely that they fit some manipulative, social or even time-filling aim.

It is just this lack of connection to a concern with truth – this indifference to how things really are – that I regard as of the essence of bullshit.

It is pernicious, since it fills our social and epistemic arena with dodgy statements whose value is uncorrelated to reality, and the bullshitters gain from the discourse being more about the quality (or the sincerity) of bullshitting than any actual content.

Both of these essays are worth reading in this era of the Trump candidacy and Dugin’s Eurasianism. Know your epistemic enemies.