My basic thesis is that the late 70s and early 80s microcomputer revolution might be a useful analogy for what might be happening with neurohacking today: technology changes are enabling amateur and startup experimentation that will in the long run lead to useful, society-changing products that people grow up with and accept. 20 years down the line we may be living in an enhanced society where some of the big neuro-players started up in the near future and became the Apple and Microsoft of enhancement. 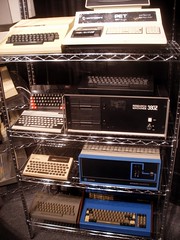 In the 70s the emergence of microprocessors enabled the emergence of microcomputers, far cheaper than the mainframes and desk-sized minicomputers that had come before. They were simple enough to be sold as kits to amateurs. The low threshold to entry led to the emergence of a hobbyist community, small start-ups and cluster formation (helped by the existence of pre-existing tech clusters like Silicon Valley). The result was intense growth, diversity and innovation. The result was a generation exposed to the technology, accepting it as cool or even ordinary, laying the foundation for later useful social and economic effects – it took 20+ years to actually have an effect on productivity! Some things take time, and integrating a new technology into society may take a generation.

Right now we have various official drivers for neural enhancement like concerns about an ageing society, chronic diseases, stress, lifelong learning and health costs. But the actual drivers of much of the bottom-up neurohacking seem to be exploration, innovation and the hacker ethos of taking something beyond its limits. Neurotechnologies may be leaving the confines of hospitals and becoming part of home or lifestyle technologies. Some, like enhancer drugs, are tightly surrounded by regulations and are likely to be heavily contested. Meanwhile many brain stimulation, neurofeedback and life monitoring devices exist in a regulatory vacuum and can evolve unimpeded. The fact that they are currently not very good is no matter: the 70s home computers were awful too, but they could do enough cool things to motivate users and innovation. 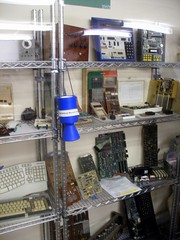 Why is there a neurotech revolution brewing? Part of it is technology advances: we already have platforms like computers, smartphones, wifi and arduinos available, enabling easy construction of new applications. Powerful signal processing can be done onboard, data mining in the cloud. Meanwhile costs for these technologies have been falling fast, and crowdsourcing is enabling new venues of funding for niche applications. The emergence of social consumers allow fast feedback and customisation. Information sharing has become orders of magnitude more efficient since the 70s, and technical results in neuroscience can now easily be re-used by amateurs as soon as they are published (the hobbyists are unlikely to get fMRI anytime soon, but results gained through expensive methods may then be re-used using cheap rigs).

It seems likely that at least some of these technologies are going to become more acceptable through exposure. Especially since they fit with the move towards individualized health concepts, preventative medicine and self-monitoring. The difference between a FitBit, a putative sleep-enhancing phone app, Google Glass and a brain stimulator might be smaller in practice than one expects. 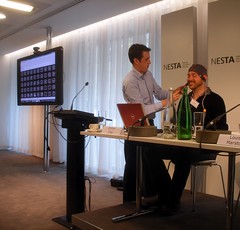 The technology is also going to cause a fair bit of business disruption by challenging traditional monopolies by enabling new platforms, new routes of distribution and access. The personal genomics battle between diagnostic monopolies and companies selling gene tests (not to mention individuals putting genetic information online) is a hint of what may come. Enhancement demands a certain amount of personalisation/fine tuning to work, and might hint of a future of ‘drugs as services’ – drugs may be part of a system of measurement, genetic testing and training rather than standalone chemicals.

Still, hype kills. Neuroenhancement is still slowly making its way up the slope of the hype curve, and will sooner or later reach a hype peak (moral panics, cover of Time Magazine) followed by inevitable disappointment when it doesn’t change everything (or make its entrepreneurs rich overnight). Things tend to take time, and there will be consolidation of the neuromarket after the first bubble.

The long-run effects of a society with neuroenhancement are of course hard to predict. It seems likely that we are going to continue towards a broader health concept – health as an individual choice, linked to individual life projects but also perhaps more of an individual responsibility. Mindstates will be personal choices, with an infrastructure for training, safety and control. Issues of morphological freedom – the right to change onself, and the right not to have change imposed – will be important social negotiations. Regulation can be expected to lag as always, and usually regulate devices based on older and different systems.

Generally, we can expect that our predictions will be bad. But past examples show that early design choices may stay with us for a long time: the computer mouse has not evolved that far from its original uses at Bell Labs and Xerox Parc. Designs also contain ideology: the personal microcomputer was very much a democratisation of computing. Neurohacking may be a democratisation of control over bodies and minds. We may hence want to work hard at shaping the future by designing well today.