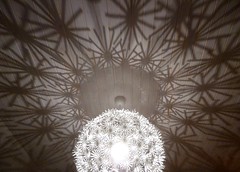 I have an opinion piece in New Scientist about the ethics of brain emulation. The content is similar to what I was talking about at IJCNN and in my academic paper (and the comic about it). Here are a few things that did not fit the text:

Ethics that got left out

Due to length constraints I had to cut the discussion about why animals might be moral patients. That made the essay look positively Benthamite in its focus on pain. In fact, I am agnostic on whether experience is necessary for being a moral patient. Here is the cut section:

Why should we care about how real animals are treated? Different philosophers have given different answers. Immanuel Kant did not think animals matter in themselves, but our behaviour towards them matters morally: a human who kicks a dog is cruel and should not do it. Jeremy Bentham famously argued that thinking does not matter, but the capacity to suffer: “…the question is not, Can they reason? nor, Can they talk? but, Can they suffer?” . Other philosophers have argued that it matters that animals experience being subjects of their own life, with desires and goals that make sense to them. While there is a fair bit of disagreement of what this means for our responsibilities to animals and what we may use them for, there is a widespread agreement that they are moral patients, something we ought to treat with some kind of care.

This is of course a super-quick condensation of a debate that fills bookshelves. It also leaves out Christine Korsgaard’s interesting Kantian work on animal rights, which as far as I can tell does not need to rely on particular accounts of consciousness and pain but rather interests. Most people would say that without consciousness or experience there is nobody that is harmed, but I am not entirely certain unconscious systems cannot be regarded as moral patients. There are for example people working in environmental ethics that ascribe moral patient-hood and partial rights to species or natural environments.

Big simulations: what are they good for?

Another interesting thing that had to be left out is comparisons of different large scale neural simulations.

(I am a bit uncertain about where the largest model in the Human Brain Project is right now; they are running more realistic models, so they will be smaller in terms of neurons. But they clearly have the ambition to best the others in the long run.)

Of course, one can argue which approach matters. Spaun is a model of cognition using low resolution neurons, while the slightly larger (in neurons) simulation from the Lansner lab was just a generic piece of cortex, showing some non-trivial alpha and gamma rhythms, and the even larger ones showing some interesting emergent behavior despite the lack of biological complexity in the neurons. Conversely, Cotterill’s CyberChild that I worry about in the opinion piece had just 21 neurons in each region but they formed a fairly complex network with many brain regions that in a sense is more meaningful as an organism than the near-disembodied problem-solver Spaun. Meanwhile SpiNNaker is running rings around the others in terms of speed, essentially running in real-time while the others have slowdowns by a factor of a thousand or worse.

The core of the matter is defining what one wants to achieve. Lots of neurons, biological realism, non-trivial emergent behavior, modelling a real neural system, purposeful (even conscious) behavior, useful technology, or scientific understanding? Brain emulation aims at getting purposeful, whole-organism behavior from running a very large, very complete biologically realistic simulation. Many robotics and AI people are happy without the biological realism and would prefer as small simulation as possible. Neuroscientists and cognitive scientists care about what they can learn and understand based on the simulations, rather than their completeness. They are all each pursuing something useful, but it is very different between the fields. As long as they remember that others are not pursuing the same aim they can get along.

What I hope: more honest uncertainty

What I hope happens is that computational neuroscientists think a bit about the issue of suffering (or moral patient-hood) in their simulations rather than slip into the comfortable “It is just a simulation, it cannot feel anything” mode of thinking by default.

It is easy to tell oneself that simulations do not matter because not only do we know how they work when we make them (giving us the illusion that we actually know everything there is to know about the system – obviously not true since we at least need to run them to see what happens), but institutionally it is easier to regard them as non-problems in terms of workload, conflicts and complexity (let’s not rock the boat at the planning meeting, right?) And once something is in the “does not matter morally” category it becomes painful to move it out of it – many will now be motivated to keep it there.