Two recordings of me:

First, Podcast with John Danaher, for his Algocracy project, about time acceleration in computing and the social and ethical issues this raises.

Second, a panel with me, Olle Häggström, Eva-Lotta Grantén and moderated by Carl Reinhold Bråkenhielm talking (in Swedish) at a Cusanus workshop about “Transhumanism – tekniken som frälsningsväg”: 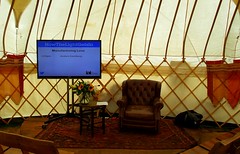 Since I am getting married tomorrow, it is fitting that the Institute of Art and Ideas TV has just put my lecture from Hay-on-Wye this year online: Manufacturing love.

It was a lovely opportunity to sit in a very comfy armchair and feel like a real philosopher. Of course, armchair philosophy is what it is: tomorrow I will do an empirical experiment with N=2 (with ethics approval from mother-in-law). We’ll see how it works out.

While I suspect my theoretical understanding is limited and the biomedical tools I have written about are not available, there is actually some nice empirical research on what makes good wedding vows. My husband and me also went for a cheap, simple wedding for just the closest friends and family, which seems to be a good sign (the rest of my friends come to an informal party the day after). And it is probably a good sign that we got together in a slow and gradual way: we have very compatible personalities. 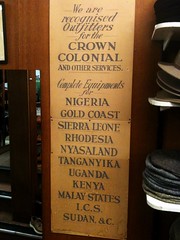 Euronews has a series on explorers. Most are the kind of people you expect – characters who go off to harsh locations. But they also interviewed me, since I do a kind of exploration too: Anders Sandberg : Explorer of the mind.

“Explorer of the mind” sounds pretty awesome. Although the actual land I try to explore is the abstract and ill-defined spaces of the future, ethics, epistemology and emerging technology.

When I gave the interview I noticed how easy it was to slip into the explorer metaphor: we have a pretty clear cultural idea of what explorers are supposed to be and how their adventures look. Explaining how you do something very abstract like come up with robust decision procedures for judging emerging technology is hard, so it is very easy (and ego-stroking) to describe it as exploration. I think there is some truth in the metaphor, though.

Exploration is basically about trying to gather information about a domain. Some exploration is about the nature of the domain itself, some about its topography/topology, some about the contents of the domain. Sometimes it is about determining the existence of a location or not. In philosophical and mathematical exploration we are partially creating the domain as we go there, but because of consistency (and, sometimes, the need to fit with known facts about the world) it isn’t arbitrary. We might say it is procedurally generated (by a procedure we really would like to know more about!) Since the implications of any logical statement can go infinitely far and we have both limited mental resources and limited logical reach (as per Gödel) there will always be unknown and unknowable things out there. However, most of the unknown is boring and random. Real explorers try to find the important, useful, unique or just aesthetic things – something which again is really hard.

One of the things that fascinate me most about intellectual effort is that different domains have different “topographies”. Solving problems in discrete mathematics is very different from exploring probability or ethics. We know some corners are tough and others easy. Part of it is experience: people have been trying to understand consciousness or number theory for a long time and we see that they have moved less far than the people in geometry. But part of it is also a “feel” for how the landscape works. Getting from one useful result to another one requires different amounts of effort in logic (in my mind a mesa landscape where there are many plateaus of easy walk separated by immense canyons and deserts requiring real genius) and future studies (a thick jungle of fog, mud and creepers where you cannot see far and it is a huge slog to even move, but there is fascinating organisms everywhere within arms reach). Maybe category theory is like an Arctic vista of abstraction where one can move far but there is almost nothing to see. I don’t know, I keep to the mathematical tropics of calculus and geometry.

Another angle of exploration is how much exploitation to do. We want to learn things because of some value of knowledge. Understanding the topography of a domain helps us to direct efforts, so it is valuable at the very least for that (we might of course also value the knowledge about the domain itself). In some domains like engineering or surgery exploitation is so valuable that it tends to dominate: inventors or exploratory engineers/surgeons are rare. I suspect that this means these domains are seriously under-explored: were more people to investigate their limits, topography and nature we would probably learn some very valuable things. Maybe this is the curse of being rich in resources: there is little need to go far, and domains that are less useful get explored more widely. However, when such a broadly explored domain becomes useful it might be colonized on a huge scale (consider the shifts from being just philosophy to becoming proper somewhat mapped disciplines like natural science, economics, psychology etc.)

Of course, some domains are underexplored simply because the tools and opportunities for exploration are expensive or few. We cannot try wild surgical ideas on that many patients, and space engineering is still rather expensive. Coming up with a way of reducing these limitations and opening up their explorative frontiers ought to have big effects. We have seen this happening in scientific disciplines when new instruments arrive (think of the microscope, telescope or computer), or when costs come down (think computers, sequencing). If we could do something similar in abstract domains we might discover awesome things.

One of the best reasons to go exploring is to recognize how fantastic the stuff we already know is. Out there in the unknown there is likely equally fantastic things waiting to be discovered – and there is much more unknown than known. 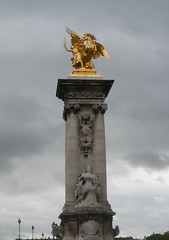