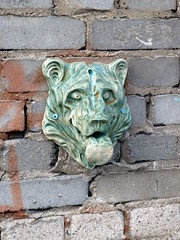 On Practical Ethics I blog about dogs on drugs.

Or more specifically, the ethics of indigenous hunting practices where dogs are enhanced in various ways by drugs – from reducing their odour over stimulants to hallucinogens that may enhance their perception. Is this something unnatural, too instrumental, or harm their dignity? I unsurprisingly disagree. These drugs may even be in the interest of the dog itself. In fact, the practice might be close to true to animal enhancement.

Still, one can enhance for bad reasons. I am glad I discovered Kohn’s paper “How dogs dream: Amazonian natures and the politics of transspecies engagement” on human-dog relationships in Amazon, since it shows just how strange – for an outsider – the epistemic and ethical thinking of a culture can be. Even if we take a cultural relativist position and say that of course dogs should be temporarily uplifted along the chain of being so they can be told by a higher species how to behave, from an instrumental standpoint it looks unlikely that that particular practice actually works. A traditionally used drug or method may actually not work for the purpose its users intend (from what I know of traditional European medicine, a vast number of traditional remedies were actually pointless yet persisted), but because of epistemic problems it persists (it is traditional, no methods for evidence based medicine, hard to tell apart the intended effect from the apparent effect). It wouldn’t surprise me that a fair number of traditional dog enhancements are in this domain.