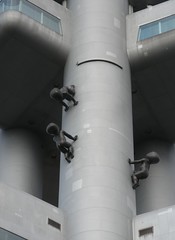 Researchers at Sun Yat-sen University in Guangzhou have edited the germline genome of human embryos (paper). They used the ever more popular CRISPR/Cas9 method to try to modify the gene involved in beta-thalassaemia in non-viable leftover embryos from a fertility clinic.

As usual there is a fair bit of handwringing, especially since there was a recent call for a moratorium on this kind of thing from one set of researchers, and a more liberal (yet cautious) response from another set. As noted by ethicists, many of the ethical concerns are actually somewhat confused.

That germline engineering can have unpredictable consequences for future generations is as true for normal reproduction. More strongly, somebody making the case that (say) race mixing should be hindred because of unknown future effects would be condemned as a racist: we have overarching reasons to allow people live and procreate freely that morally overrule worries about their genetic endowment – even if there actually were genetic issues (as far as I know all branches of the human family are equally interfertile, but this might just be a historical contingency). For a possible future effect to matter morally it needs to be pretty serious and we need to have some real reason to think it is more likely to happen because of the actions we take now. A vague unease or a mere possibility is not enough.

However, the paper actually gives a pretty good argument for why we should not try this method in humans. They found that the efficiency of the repair was about 50%, but more worryingly that there was off-target mutations and that a similar gene was accidentally modified. These are good reasons not to try it. Not unexpected, but very helpful in that we can actually make informed decisions both about whether to use it (clearly not until the problems have been fixed) and what needs to be investigated (how can it be done well? why does it work worse here than advertised?).

The interesting thing with the paper is that the fairly negative results which would reduce interest in human germline changes is anyway hailed as being unethical. It is hard to make this claim stick, unless one buys into the view that germline changes of human embryos is intrinsically bad. The embryos could not develop into persons and would have been discarded from the fertility clinic, so there was no possible future person being harmed (if one thinks fertilized but non-viable embryos deserve moral protection one has other big problems). The main fear seems to be that if the technology is demonstrated many others will follow, but an early negative result would seem to reduce this slippery slope argument.

I think the real reason people think there is an ethical problem is the association of germline engineering with “designer babies”, and the conditioning that designer babies are wrong. But they can’t be wrong for no reason: there has to be an ethics argument for their badness. There is no shortage of such arguments in the literature, ranging from ideas of the natural order, human dignity, accepting the given, the importance of an open-ended life to issues of equality, just to mention a few. But none of these are widely accepted as slam-dunk arguments that conclusively show designer babies are wrong: each of them also have vigorous criticisms. One can believe one or more of them to be true, but it would be rather premature to claim that settles the debate. And even then, most of these designer baby arguments are irrelevant for the case at hand.

All in all, it was a useful result that probably will reduce both risky and pointless research and focus on what matters. I think that makes it quite ethical.