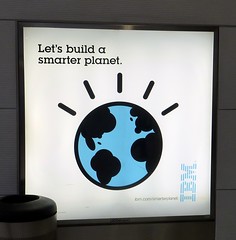 Yesterday I contributed to a piece of manifesto writing, producing the Biosphere Code Manifesto. The Guardian has a version on its blog. Not quite as dramatic as Marinetti’s Futurist Manifesto but perhaps more constructive:

Those implementing and using algorithms should consider the impacts of their algorithms.

Principle 2. Algorithms should serve humanity and the biosphere at large.

Algorithms should be considerate of human needs and the biosphere, and facilitate transformations towards sustainability by supporting ecologically responsible innovation.

Principle 3. The benefits and risks of algorithms should be distributed fairly

Algorithm developers should consider issues relating to the distribution of risks and opportunities more seriously. Developing algorithms that provide benefits to the few and present risks to the many are both unjust and unfair.

Principle 4. Algorithms should be flexible, adaptive and context-aware

Principle 5. Algorithms should help us expect the unexpected

Algorithms should be used in such a way that they enhance our shared capacity to deal with shocks and surprises – including problems caused by errors or misbehaviors in other algorithms.

Principle 6. Algorithmic data collection should be open and meaningful

Data collection should be transparent and respectful of public privacy. In order to avoid hidden biases, the datasets which feed into algorithms should be validated.

Principle 7. Algorithms should be inspiring, playful and beautiful

Algorithms should be used to enhance human creativity and playfulness, and to create new kinds of art. We should encourage algorithms that facilitate human collaboration, interaction and engagement – with each other, with society, and with nature. 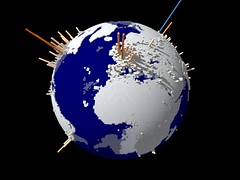 The basic insight is that the geosphere, ecosphere, anthroposphere and technosphere are getting deeply entwined, and algorithms are becoming a key force in regulating this global system.

Since these algorithms are shared, their properties will affect a multitude of decisions and individuals in the same way even if they think they are acting independently. There are spillover effects from the groups that use algorithms to other stakeholders from the algorithm-caused  actions. And algorithms have a multitude of non-trivial failure modes: machine learning can create opaque bias or sudden emergent misbehaviour, human over-reliance on algorithms can cause accidents or large-scale misallocation of resources, some algorithms produce systemic risks, and others embody malicious behaviours. In short, code – whether in computers or as a formal praxis in an organisation – matters morally.

What is the point? 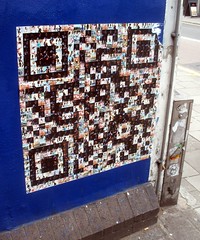 Could a code like the Biosphere Code actually do anything useful? Isn’t this yet another splashy “wouldn’t it be nice if everybody were moral and rational in engineering/politics/international relations?”

I think it is a first step towards something useful.

There are engineering ethics codes, even for software engineers. But algorithms are created in many domains, including by non-engineers. We can not and should not prevent people from thinking, proposing, and trying new algorithms: that would be like attempts to regulate science, art, and thought. But we can as societies create incentives to do constructive things and avoid known destructive things. In order to do so, we should recognize that we need to work on the incentives and start gathering information.

Algorithms and their large-scale results must be studied and measured: we cannot rely on theory, despite its seductive power since there are profound theoretical limitations about our predictive abilities in the world of algorithms, as well as obvious practical limitations. Algorithms also do not exist in a vacuum: the human or biosphere context is an active part of what is going on. An algorithm can be totally correct and yet be misused in a harmful way because of its framing.

But even in the small, if we can make one programmer think a bit more about what they are doing and choosing a better algorithm than they otherwise would have done, the world is better off. In fact, a single programmer can have surprisingly large impact.

I am more optimistic than that. Recognizing algorithms as the key building blocks that they are for our civilization, what peculiarities they have, and learning better ways of designing and using them has transformative power. There are disciplines dealing with parts of this, but the whole requires considering interdisciplinary interactions that are currently rarely explored.

One thought on “The Biosphere Code”